The KV-13 (Object 233) is an experimental U.S.S.R. medium tank of WWII. Developed by the Special Design Bureau at the Kirov Plant in Chelyabinsk at the beginning of 1941–end of 1942. The vehicle was designed as a "universal tank" to replace both the T-34 medium tank and KV heavy tank. The first prototype was built in the spring of 1942. The trials revealed the low durability of its modules. In addition, the vehicle required improved armor and a new turret for three crew members. Though the requirements were fulfilled and the development of two improved prototypes started in December 1942, the KV-13 medium tank project was discontinued in favor of the T-34. The two prototypes were subsequently used for the project of the mass produced IS-1 heavy tank, developed in 1943. Tankpedia specs » 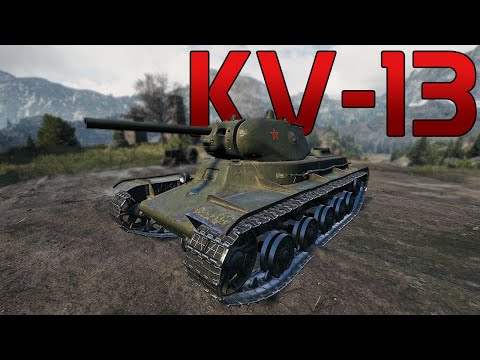