The first M46 tanks that landed in Korea belonged to the 6th Medium Tank Battalion. The vehicles, known as “Ripper Pattons”, were later allocated to the 8th Army and used by infantry forces as support vehicles. However, in 1950 and 1951, the M46 also saw action in several tank battles. By June 1951, the front line had stabilized and the mobile stage of combat action had finished, so the army started to use the vehicles in an artillery role. Along with other U.S. tanks that fought in Korea, M46 tanks were painted with "Tiger Face" markings. Tankpedia specs » 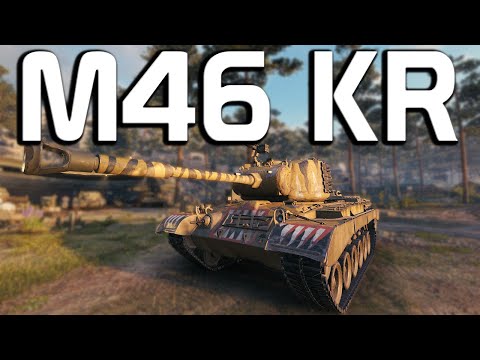