The Pz.Kpfw. IV Ausf. H Ankou is manned by the Anglerfish team, a crew consisting of five Ōarai Girls Academy students. Under the command of Miho Nishizumi, this vehicle was the driving force behind Ōarai's critical victories against Saunders, Anzio, Pravda, and Kuromorimine. It was the first vehicle discovered by Ōarai's Sensha-Dō team, which had recently been reestablished in order to take part in the national high school tournament. Having sat abandoned and neglected in the team's old garage for years, at first glance, the tank seemed to be in abysmal condition. However, a closer look revealed that the armor and tracks were still in decent shape, giving the team something to work with. Later on, the tank would undergo various upgrades, including spaced armor and a bigger gun. Tankpedia specs » 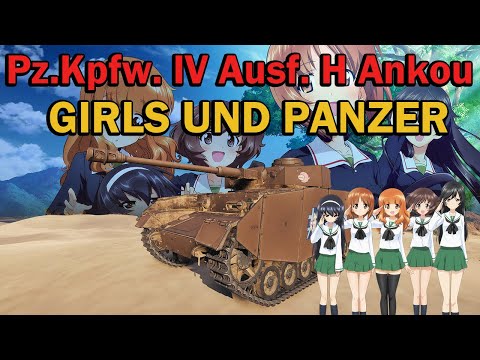